Honduras Nelson Soza $18.00
Back to products
Next product 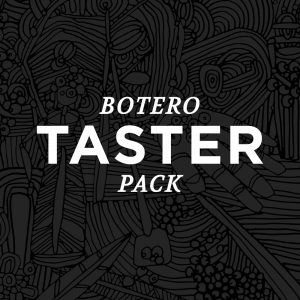 Huehuetenango is a department in the highlands of the Sierra de Los Cuchumatanes in the South-Western region of Guatemala, and is considered to be one of the best regions for coffee cultivation in the country.

It is a dry region protected from frost by the warm air currents that sweep eastward from Mexico’s Tehuantepec region. The high elevations of the mountain range (the tallest non-volcanic group in Central America) allow the coffees to develop the distinctive flavour characteristics for which they are renowned.

The SHB grading indicates that these particular beans were grown above a minimum 1350 meters, and Huehuetenango examples tend to grow at 1500-2000 meters.

Coffee harvest around Huehuetenango begins in January and can last through until April, depending on the area and the altitude. Fortunately, considering that the area is quite isolated, the plentiful number of rivers and streams permit most farmers in the area to process their own coffee, as opposed to sharing a single communal mill.

Each family has a depulping machine and then dries the wet parchment on patios next to their houses. Much of the harvesting in this area is done by hand; a slow, practiced method that nonetheless allows for greater control over the quality and consistency of the product.

The farmers in the Todosanterita area are members of the Cooperativa Todosanterita, which is Fairtrade certified, and through the Coop, FEDECOCAGUA (Federation of Cooperatives of Coffee Producers of Guatemala).

These groups seek to provide farmers and local communities with better living conditions and services such as drinking water, clinics, schools, libraries, and modern technology. They also try to achieve better prices for the farmer’s produce, and to provide agricultural education and financial backing. In the village the predominant Mayan language is ‘Mam’ and is used more commonly than Spanish, the national language.